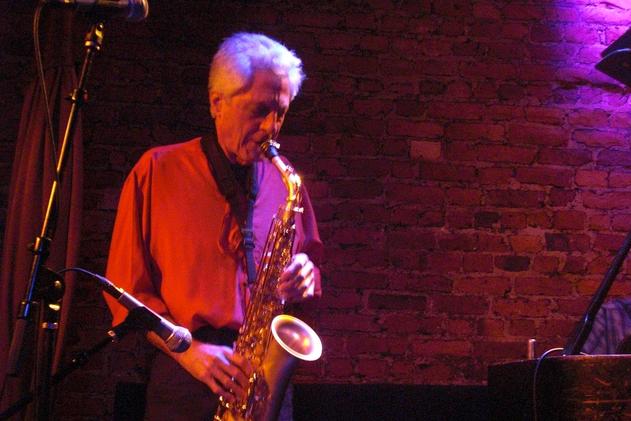 Rocco John Iacovone  Musician/Composer
In addition to composing, Rocco plays Alto and Soprano Saxophones and Piano. He holds a BA and Master’s degree in Composition from Hunter College, where he studied under the direct disciples of Nadia Boulanger, renowned classical composition teacher. Rocco also studied privately with Lee Konitz, and played with Sam Rivers at Studio Rivbea. This early training  in divergent genres no doubt influenced his style of blurring the line between “in” and “out.”

Rocco has several albums under his name. Four-duo cd’s were recorded with his Keyboard partner, Murray Nash. Unfortunately, Nash left us way too early. Together they founded Rare Form in 1997 in Talkeetna, Alaska playing together for 16 years while Rocco spent summers in Alaska. The CD's are: Live at the Fairview, Please be Seated, Conversation in Three, and Lose Yer Blues.

In New York, Rocco has recorded five albums to date, all featuring his original compositions. The first, MILES TO GO,  featured his early trio, with Dalius Naujo on drums and Aaron Keane on bass. They later added Mike Irwin on Trumpet and released Don’t Wait too Long and Devotion. Most recently, Unseen Rain Records released the latest two albums of Rocco’s original compositions. EMBRACE THE CHANGE is yet another configuration of his quartet with Rich Rosenthal-Guitar, Francois-Bass, and Tom Cabrera-Drums.

In 2013, he founded the Improvisational Composers Ensemble (ICE), an octette, to showcase original compositions which feature improvisation as a major compositional element. He recorded an album of his longer pieces for large ensemble with ICE, called PEACE AND LOVE a tribute to Will Connell, another musician who left us too soon. That album is also released on the Unseen Rain record label.

Currently, Rocco is involved with multiple music projects. His latest collaboration, The Rocco John Quartet  explores standards with a lens on creative interpretation. In addition, Rocco performs with  a guitar quartet called “fifth floor walkup” and the socially conscious band, “The Red Microphone”, as well as other configurations of improvising musicians. He has a residency on Improvisation and composition coming up later this year in Messina, Italy with Blaise Siwula.